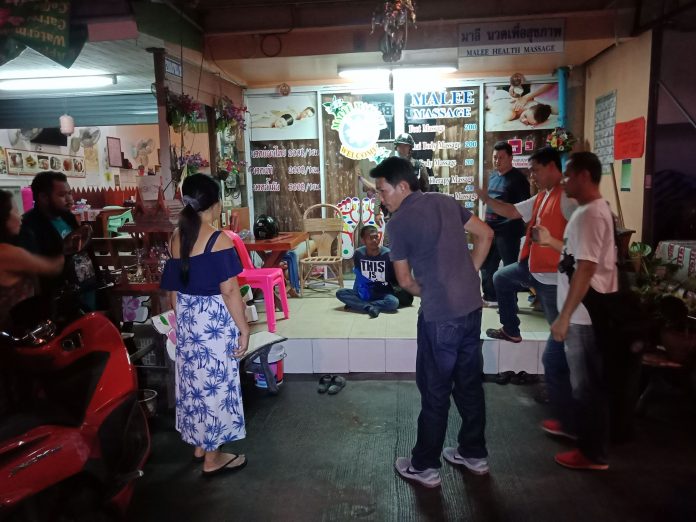 파타야 –
A drug user has been arrested after he was trying to reconcile with his girlfriend and was being a public nuisance in Pattaya early this morning.

Sub Lt Thonginn Panyanam of the Pattaya City Police was notified that a man was trying to break a glass window at a massage shop in Nongprue at 1:30AM

Police arrived at the scene where they arrested a 39 year old man named only by his nickname of Manop.

Ms. Malee who is also the massage shop owner told The Pattaya News she has known Manop for about one year. He was unemployed and was also a heavy drug user.

Manop was found with a positive result to drugs in his urine test. He was taken to the Pattaya City Police Station for further legal action.